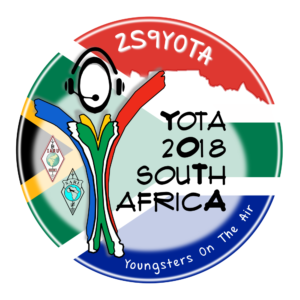 This week Many Youngsters from around the IARU region 1 will be heading down to South Africa for a week of Radio fun!

There will be 80 Participants from over 30 countries attending this Annual event. The Camp is intended to bring many of the worlds young radio hams together in one place where they can learn, have fun and make friendships lasting a lifetime. The Week long camp brings many opportunities to the attendees, weather it be making QSO’s on air as ZS9YOTA, Teaching or being taught a new skill and even getting to know those around you with an intercultural evening.

The event will last from 8th August – 15th August inclusive. The Youngsters hope to hear from you on the air, so don’t be shy and give them a shout. QSL is Via M0SDV. For SWL’s Click the link

Today held the EU HFC contest. This is a 12 hour contest of high rates and all about proving who is the best. This contest is Single Operator Only and QSO’s are allowed only between European stations through out the entire contest.

This year I entered All band, CW High power. Using my contest call sign M7K. So my thoughts. I had some slight equipment issues, meaning that I could not get full power output on 80 or 40m, and I had no antenna for 160. However 20-10m worked perfectly even getting a small opening on 10m for a few hours. I do not think I took full advantage of the 10m opening with such a little number of multipliers on that band.

For the first four hours of the contest I managed to hold a steady rate of 100 Q/h. It may sound like a lot but it leaves a lot of time just calling CQ. Then after four hours the rate started to slow some more. Making around 70 Q/h rate overall. I put this down to poor conditions and lack of activity. This contest is known for its high rates So you can imagine that I was surprised to be going so slow.

In the end I decided to go QRT after 9 hours, deciding that the extra 3 hour wouldn’t affect my positioning a great deal. My results are posted below. Also see comments on 3030 Scores 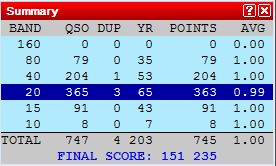 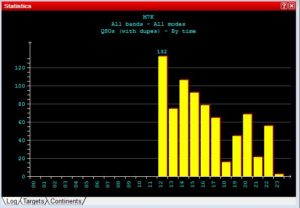